Heritage and stunning sceneries of nature among lagoon meadows, canals, calli and gardens

The silences are sweet. “The noises are those of a mullet that darts here and there in mid-air and falls into the water, the rustle of leaves hardly moved by the wind, the call of migratory birds that arrive after a long journey from the Eastern Europe and come down circling the lagoon of Caorle remained in his old mood and flavor of life”.
Ernest Hemingway, American writer (1899-1961)

With its beaches along the coast, the sand dunes, the lagoons, the natural rocky outcrops – typical of the Veneto coast, locally known as tegnùe – and still the fish farms, the waterways, the maritime pine woods and the reclaimed land, Eastern Veneto can boast a wonderfully rich landscape packed with options for nature tourism. Along the waterways and the network of paths and cycling tracks you can explore the most suggestive spots of the area; an area which stands out for its particular geographical conformation, its history, its lagoon cultural heritage and traditional food and wine.

The landscape of reclaimed land, which stretches over most of Eastern Veneto, offers amazing sceneries throughout the seasons to those that visit the area. During the extensive land reclamation works, especially those carried out between the eighteen- and nineteen hundreds, dozens of water pumps were built in the fields between the Livenza and Tagliamento Rivers. These imposing examples of industrial engineering still today control the flow rate and pumping of the water in this region. The coastal seabeds of the Northern Adriatic are generally sandy or muddy, but there are patches that represent an interesting exception to the rule: these are the locally called “tegnùe” (stuck or held back in Venetian dialect). The tegnùe are patches of natural rocky outcrops which owe their name to the fact that – before fishing in these particular areas was prohibited – the fishing nets would get stuck in the rocks. These rocky outcrops are found along the coast from Caorle to Cavallino and up to Chioggia, and are natural reefs and a reserve where a multitude of marine species can repopulate the area. The tegnùe, which offer many options for scuba diving, are marked with surface buoys allowing divers to descend down a rope to reach them.

Venice and the Eastern Veneto: the lagoon penetrates the city through a network of canals allowing her to reflect on the water. Strolling around the area you will discover very particular landscapes where the land meets the lagoon creating an environment inhabited by unique plants animals and people.

There are tons of things to experience. Surroundings filled with sounds and scents, and new landscapes to be explored … the Lison-Pramaggiore DOC Wine Route, the finest produce of Eastern Veneto, the stunning lagoon and river landscapes.
Where nature is the absolute protagonist of the heritage and traditions of a pleasurable life

Here are some trails for you to experience

Leaving from Hotel Garden Sea, walk along the beach up to Porto Falconera, continue along the edge of the lagoon to arrive at Isola dei Casoni where you will spot the local fishermen at work, perpetuating the ancient lagoon fishing techniques. Return back to Caorle old town centre along the bank of Canale Saetta, which was part of the ancient Litoranea Veneta, a waterway that once connected Venice to the Gulf of Trieste, still today navigable. Canale dell’Orologio, the fishing port of the city, is always full of activity, with fishing boats moored right next to the piazza dominated by the round bell tower of St. Stephan’s Church. Walk along the west coast promenade, along which where the rocks are artfully sculptured, up to St. Mary of the Angel Church, and finally back to where you started.

From the berthing area of Canale Saetta take a boat to the Oasi di Vallevecchia reserve (about 30 km away).

Vallevecchia was once a very productive fishing farm, reclaimed in the sixties and today is an Experimental Farm of the Veneto Region. The farm is an agricultural facility and research centre where various natural environments have been recreated, such as woods and wetland areas, and the existing features namely, a 5-kilometre beach with dunes and maritime woods are carefully preserved. Thanks to its biodiversity Vallevecchia is part of the Natura 2000 list of Sites of Community Importance.

Laguna del Mort is a small lagoon situated near the Piave River delta, which formed after an exceptional flooding of the river. The trail runs through the pinewoods and wetlands allowing you to discover how the plants and animals of this area between the sandy land and the brackish water have adapted. On the trail you can also see the remains of ancient Eraclea, the seat of the first Doge of the Serenissima Republic, and the extensive land reclaim works that have entirely redesigned the geographical map of the plain, once filled with swaps. 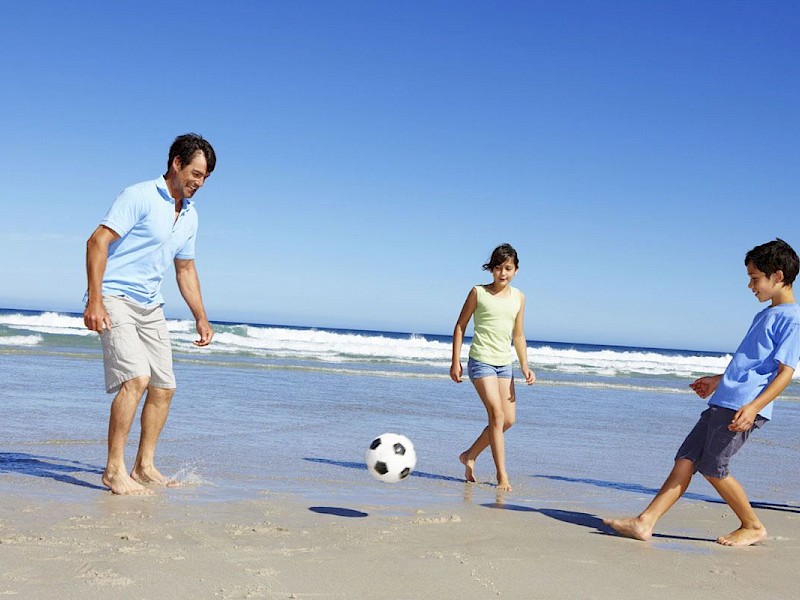 DEDICATE SOME TIME TO YOURSELF, TO THE ONES YOU LOVE AND TO THE SIMPLE LITTLE THINGS YOU ENJOY 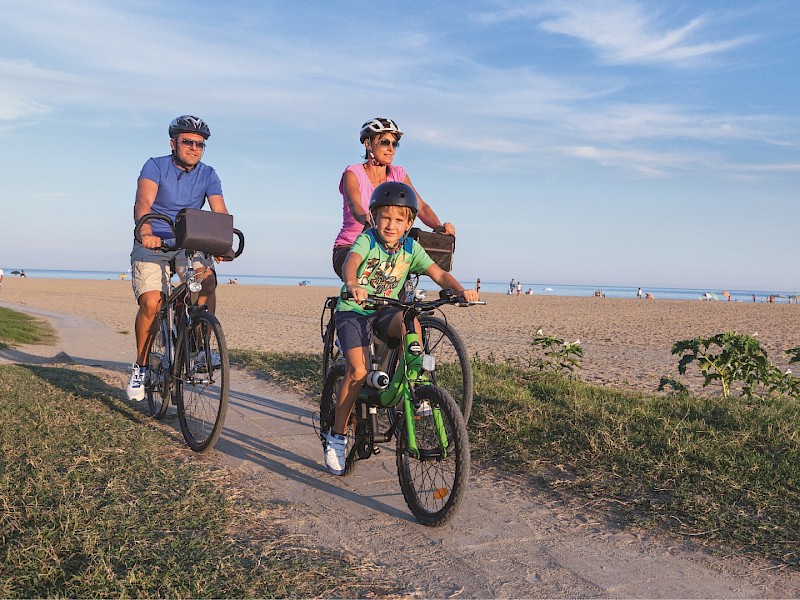 Golf, sailing, cycling, long walks, boat trips and much more for a holiday without boredom. 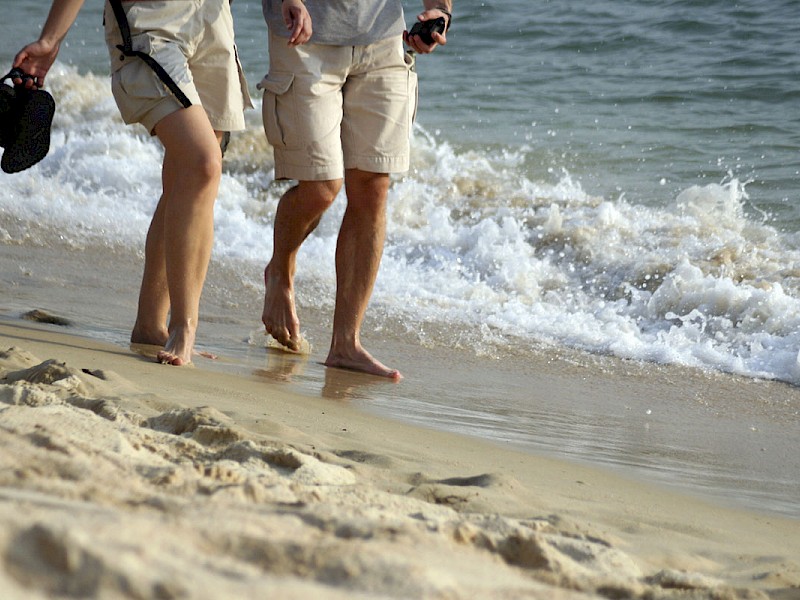 An enchanting position in the small gulf of the Levante beach and a setting that is attentive to every detail.